Q: How many people in India have thalassemia? 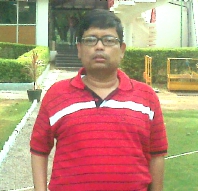 Q: How have you seen care for the disease change over your lifetime?

A: For one, there are now two specialty centers in the state of Odisha, both in the city of Cuttack, which is where I live. These two centers, at the Red Cross Blood Bank and the SCB Medical College and Hospital, serve Odisha’s population of 42.5 million. Also, all the major chelating agents are now available, and most of the important tests, such as serum ferritin, can be performed. Bone marrow transplants are now fairly common. Professional blood donation has long been banned and has been replaced by solely voluntary donation, providing safer blood. In addition, transfusions are now performed with universal safe practices, such as using disposable, presterilized syringes, needles, sets, and blood pouches. Component separators are available in Cuttack and Bhubaneswar, and leucocyte filters can be purchased from Delhi. As always, rigorous and mandatory screening of blood is a statutory practice.

Q: What is your current method of treatment?

A: I personally take the oral iron chelator Kelfer (deferiprone/L1) and two units of leuko-reduced, saline-washed packed red cells with a leucocyte filter twice a month.

Q: What was your life like growing up with thalassemia?

A: Because antenatal diagnosis was not available in the 1960s, as it is now, my parents did not risk a second thalassemic birth but resolved to give the one child thus born all the love and care possible in this world. My crisis-ridden life, for whatever it is worth, was thus protected at every stage by a compassion and tenderness—especially from my mother—that I would call nothing less than divine.

Q: How did you cope with the challenges of the illness?

A: I suctioned strength from the far blue mountains and the whole human world; I coped in the way that anyone anywhere copes who marches to the beat of a different drummer.

Q: What hopes and dreams do you have now?

A: That in some way, I can recompense the world for what it has given me in the shape of so many who have done so much for me for no other reason than that they were of the religion of humanity.

There’s a stillness in the air
That cannot be called into question.
The swells that run beneath it,
Like autumnal leaves skittering in a wind seeking its destiny in the moss-covered courtyard,
Underlying the torn clouds of memory
And the occasional, random dream,
Have long been there and will be for a time --
Not ours to measure, yours or mine.


When the summer and the sky become one
And the hawk in gaunt majesty climbs the air, its wings presaging rain,
And the forest breathes a tremulous prayer to the heavens that both punish and forgive,
It is time, perhaps, to look on tomorrow,
An uncertain flame that flickers as it shines.

Dr. Chandan Das is an adult with thalassemia and resides in Cuttack India. He is a reader of English at S. B. Women's College.