Evaluation of Human Erythroferrone in Thalassemia

Beta Thalassemia major is an autosomal, usually recessive disorder effecting production of the Beta globin subunit of hemoglobin. There are many different mutations that are known to cause Thalassemia Major and they all lead to ineffective erythropoiesis, causing severe anemia and transfusion dependence in the first year of life. There is also a less acutely severe form of thalassemia referred to as Thalassemia Intermedia; these patients may not require chronic transfusions. Examining the biomarkers associated with ineffective erythropoiesis and dysfunctional iron trafficking in Thalassemia Intermedia may lead to earlier diagnosis of morbidities, and better treatments for the different forms of Beta thalassemia. Preliminary data in patients with transfusion dependent and independent thalassemia have shown high levels of ERFE relative to healthy controls. The highest levels were seen in non-transfused thalassemia patients; this data is promising in confirming ERFE's role as a modulator of hepcidin expression, which could lead to better therapeutics for thalassemia patients.

If you decide to participate in this study:

You will be asked to fast beginning the night before and stop taking your chelation medications (if you take any) three days prior to your visit. You will have one visit, during which your height and weight will be measured and your blood sample will be drawn. You will be compensated $100 plus the cost of your transportation for participating in the study.

This study is currently enrolling patients! 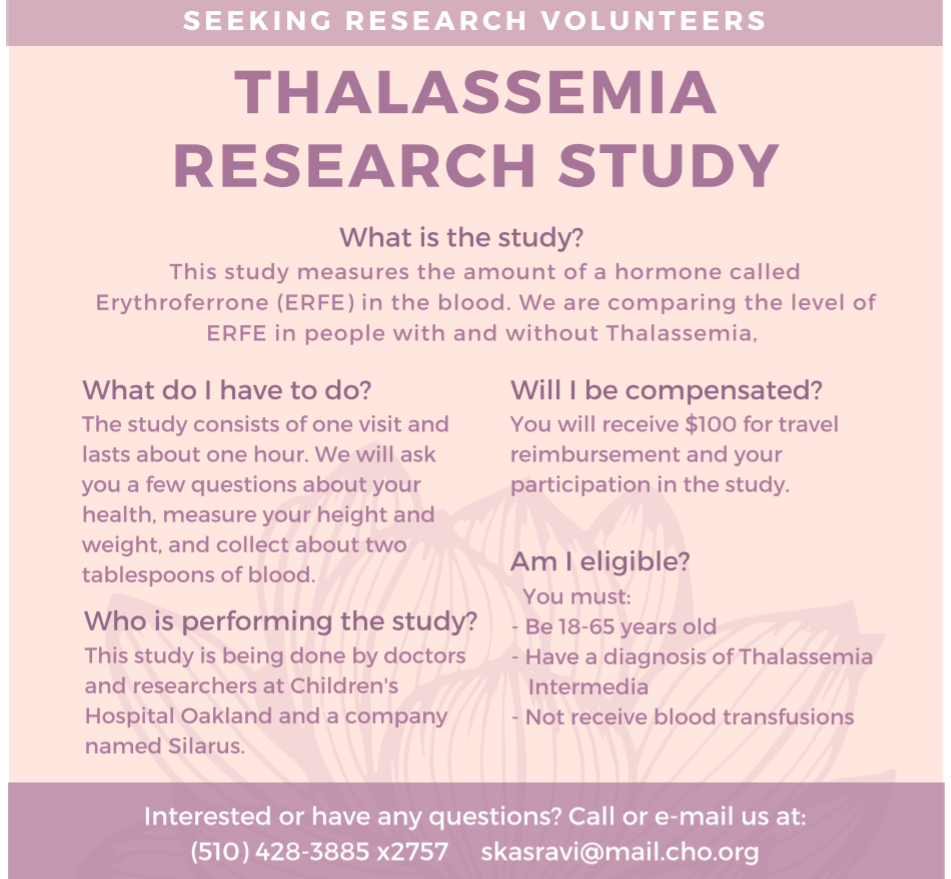