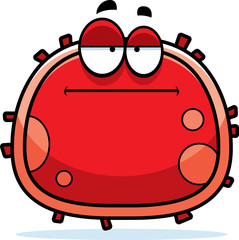 Iron overload occurs very rapidly in patients who are on chronic transfusion programs. Since humans have no mechanism other than sloughing of the mucosa of their gastrointestinal tracts or menstruation to excrete excess iron, patients who are being transfused every three or four weeks gain 0.5 mg/kg per day of iron in excess of natural losses. Patients who are not on a transfusion regimen are also prone to iron overload due to significantly increased intestinal absorption of iron secondary to ineffective erythropoiesis.

The only treatment options for removing excess iron are phlebotomy and chelation. While phlebotomy is a very effective way of removing iron, it is not appropriate for patients with thalassemia except after bone marrow transplantation. Thalassemia patients who are not transfusion dependent cannot maintain an adequate hemoglobin level and become symptomatic after phlebotomy. Outpatient exchange transfusion can be used in selected cases to decrease iron intake, but it is not effective by itself in rapidly reducing heavy iron loads and would not be appropriate by itself in the face of cardiac iron loading. The primary treatment for iron overload in thalassemia is chelation, which is described below.

Iron is very toxic to tissue. Under normal circumstances, in humans, iron is transported bound to a carrier protein called transferrin. Transferrin transports iron into certain tissues. Because the iron is bound to this protein, other tissues are protected from the toxic effects of free iron. Patients on chronic transfusion rapidly acquire much more iron than can be bound by transferrin, and free iron levels increase in the blood. This free iron, or so called non-transferrin bound iron, is directly toxic to the heart and other tissues.

There are two goals of iron chelation therapy: the binding of toxic non-transferrin bound iron in the plasma and the removal of iron from the body. Detoxification of excess iron is probably the most important function of chelation therapy. It is clear that certain symptoms of iron overload, such as cardiac arrhythmia and heart failure, can be improved well before local tissue levels of iron have decreased by the continual presence of a chelator in the plasma.

It is useful to think about the toxicity of iron according to the following relation:

Generally, time is measured in years. Thus, it takes three to ten years of chronic exposure to high levels of iron before measurable organ dysfunction occurs. Fortunately, this means that there is time to implement treatment strategies to reduce iron loading. However, depending upon the organ, it can take a long time to significantly reduce iron, so the best strategy is acting early and, in fact, trying to prevent significant iron loading from the start.

New equipment—such as the quantitative MRI for iron and the ferritometer (SQUID)—has enabled providers to measure the amount of iron in the organs and also look at the relationship between excess iron, time, and patient- and tissue-specific factors. Such factors include transfusion regimen; weekly chelation; differences of transport of iron into various organs; genetic differences in antioxidant defense mechanisms; and disease-specific differences in inflammation and metabolism. It is now clear that there is a tremendous range of variability in end organ toxicity among patients who seemingly have the same amount of tissue iron. From a clinical standpoint, this means that end organ function, as well as tissue iron concentration, must be serially monitored during the management of chronic iron overload.

In general, significant iron loading of the liver can be detected after about six months of monthly transfusions, while cardiac loading takes about eight to ten years. The liver loads linearly with time, whereas the heart remains devoid of iron for years. However, once it starts, iron loading of the heart is very rapid. Evidence of liver damage can occur after about four years of transfusions. The onset of cardiac dysfunction is more complex and less well understood. Quantitative cardiac iron, determined by MRI, is reported by T2*. The lower the number, the more the iron. A cardiac T2* greater than 20 ms is not associated with iron-induced cardiac dysfunction. A cardiac T2* between 10 and 20 ms indicates excess iron in the heart and represents a warning for potential cardiac dysfunction. If the T2* is less than 10 ms, the risk of cardiac dysfunction is high, and treatment should be considered emergent.

Under full chelation with deferoxamine, about 50 percent of liver iron can be removed in four to six months. It takes about 17 months to remove half of the heart iron.

General recommendations for treatment with iron chelation are presented in Table 5.1. The decision points are based on total amount of blood transfused, ferritin levels, and degree of iron loading based on liver iron concentration (LIC). Liver iron is measured by biopsy, MRI, or SQUID.

Chelation therapy should be started after about one year of chronic transfusions. This correlates with a serum ferritin of approximately 1,000 ng/mL. LIC is the best measure of total iron loading. LIC should be at least 3,000 µg/g dry weight before starting chelation. The general guidelines for iron chelation are gradually changing. Many experts are increasing the therapy in order to maintain a lower steady-state body iron store. While long-term prospective data is limited on these aggressive protocols, it is felt that more aggressive therapy may be more effective in preventing iron-induced organ injury. This needs to be balanced with the drug toxicity. While the standard recommendations have been to maintain a ferritin between 1,000 and 2,500 ng/mL, several programs are aiming to maintain serum ferritin at 500 ng/mL in adult patients.

NOTES: Ferritin may be a misleading measurement; liver iron is the much more accurate one. Young children may have more toxicity with chelators and may need dose adjustment.

Therapeutic index (TI) is often used in determining the deferoxamine dose when ferritin is analyzed. The therapeutic index is equal to the mean daily dose (mg/kg) / serum ferritin (mg/l). The target is to maintain the value of TI at under 0.025. The mean daily dose of deferoxamine is calculated by multiplying the dose administered in each treatment by the total number of doses administered per week, then dividing by seven—the number of days in a week. Ferritin measurements should be accompanied by periodic LIC measurements.

Consultation with thalassemia specialists should be considered in dose adjustments.

Nontransfused or intermittently transfused patients should receive chelation therapy and have their iron stores closely monitored. Their dosing should be modified on an individual basis with consultation.

LIC refers to dry weight, which is the standard method for reporting liver iron by liver biopsy and MRI. The wet weight conversion, which is a direct measurement determined by SQUID, is achieved using a divisor of 5 to 6.


In infants, chelation therapy may be delayed beyond the first year because of known toxicity of chelators in young children.

Starting a daily regimen of chelation therapy, whether oral or parenteral, represents a significant commitment and disruption of lifestyle. Before commencement of chelation, the patient and family should be taught about the reasons for the treatment, as well as how to prepare and take the medication. A continued education and support program involving the nurse practitioner, a child life specialist, and social workers can enhance acceptance and compliance with this kind of chronic therapy.

The adequate assessment of iron stores before the initiation of therapy is important; it allows determination of efficacy and appropriate dosing. Prior to the availability of MRI and SQUID, quantitative liver iron measurements were determined by liver biopsy. This method remains acceptable when MRI or SQUID is not accessible. However, noninvasive, quantitative liver iron assessments by MRI or SQUID performed at an experienced center are as accurate and less prone to measurement error and should be used in place of biopsy whenever possible. While most MRI machines are capable of making these measurements, they require special software modification and calibration to produce accurate and reliable results.

The best iron chelation regimen is the one the patient is compliant with. Compliance with chelation therapy is the critical factor in treating iron overload. In the United States, there are three FDA-approved iron chelators: deferoxamine (Desferal), deferasirox (Exjade), and deferiprone (L1)